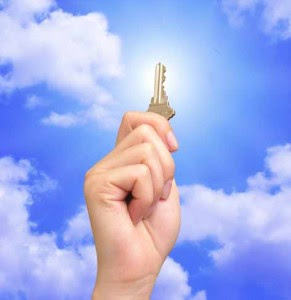 In the past months I've heard from a variety of folks in comments and tweets about the “Pollyanna attitude” and the idea of “positive thinking” as a not so effective way of coping with and healing from trauma or dealing with life in general.

This caused me to look at this a little deeper into both the “Pollyanna attitude” and the idea of “Positive thinking”.... today I wanted to introduce to you part 1 of a 2 part article by someone who has made a choice to live in positivity…I’d like to introduce you to Dani of “Positively Present”…

Being Positive vs. Being Pollyanna
By: Dani of Positively Present

Whether or not you've seen the films or read the book, you're probably familiar with the concept behind the well-known little girl named Pollyanna.

The character of Pollyanna possesses a life philosophy based on "The Glad Game," a perpetual game played by young Pollyanna in which she searches for the good in every situation she encounters.

Throughout the film, Pollyanna did her best to see not only the good in herself, but the good in others as well. To quote her, "Instead of always harping on a man's faults, tell him of his virtues. Try to pull him out of his rut of bad habits. Hold up to him his better self, his real self that can dare and do and win out!"

Most people reading that quote are either nodding in agreement or trying to avoid being sick from the excess of positivity.

Interestingly, most people have a very positive or very negative reaction to the concept of optimism that is filtered through everything Pollyanna does or says -- so much so that there's even been a term created for the idea that is Pollyanna, known as the "Pollyanna Principle."

According to Wikipedia, "The Pollyanna principle (also called Pollyannaism or positive bias) describes the tendency for people to agree with positive statements describing themselves.

Personally, I believe there is a difference between what people perceive as Pollyannaism and what it really means to be positive.

By definition, Pollyannaism implies that you ignore or avoid dealing with negative events, looking only for the good and denying the bad.

However, this is not the foundation of positive thinking (despite what many might believe).

Positive thinking, unlike Pollyannaism, acknowledges both negative and positive events and chooses to focus on the positive aspects rather than the negative ones.

Positive thinking means dealing with a negative event, allowing the appropriate amount of time for negative emotions to surface, and then moving on from the negativity by focusing on the positive.


Dani, a twenty-something striving to live positively in the present moment, wrote this post. Dani’s blog, Positively Present, embraces the idea of “living happily ever after now” by focusing on all things positive. Dani is also the creator and author of Hope Springs Internal, a blog focusing on the positive representations of women in the media. You also find Dani on Twitter @positivepresent.

Join us here next time as Dani ties up this series with finding balance in our lives as we incorporate both the good and not so good things that shape our lives each day:)

You can register for free email notifications at the top left of this page so you don't miss Part 2 of Dani's insightful post!

Email ThisBlogThis!Share to TwitterShare to FacebookShare to Pinterest
Labels: pollyanna, positive thinking, self empowerment, self image

As a self-labelled "glass id half empty" person, I have always bristled at the positive thinking brand of "help". Mostly b/c those who offered it were often offering shallow support and rarely lived their own affirmisms. But my favorite point is: "allowing the appropriate amount of time for negative emotions to surface" goes a LONG way in validating someone's emotions - not glossing over them or discounting them or shaming them. THEN, we Negative-Nellies might be more open to viewing life in a different way. Look forward to part 2.

I am with you there MoodMonster. I do know that changing my thinking from the glass is half empty to a more positive outlook has been helpful for me in the long run. It does not do away with negative occurrences, but it does allow me to emotionally handle them better than I used to.

Negative thinking is a hard habit to break when you have done it most if not all of your life. It can be done with lots of time and practice, and mess ups LOL.

I do like this post. Being positive does not mean the absence of difficult times, nor does it mean that we just gloss over them when they do happen. For me personally, being positive especially about negative situations, is finding some redeeming value out of them or ourselves while we are going through it. While at the same time we acknowledge the negative thing that is taking place.

MM - you make some really good points and this in my mind is the issues with "positive thinking" that dismisses our experiences and our pain. The one thing that helped me to begin to live with a more positive attitude was when I no longer listened to those who kept telling me to "think positive" and "get over it".

Glad to hear this article made a difference for you!

Melissa - You said it all very well in your comment! Thank you for your note:)

This article strikes the right balance, in my opinion. Being well-balanced is key to emotional health, just as it is to physical health.

ComplexPTSD - agreed:) Balance is where we find our truth...focusing on seeing these issues as black and white is often what kept me in the dark about all of it.

Good to see you here! Thanks for stopping by!

Hi - I am definitely happy to find this. great job!